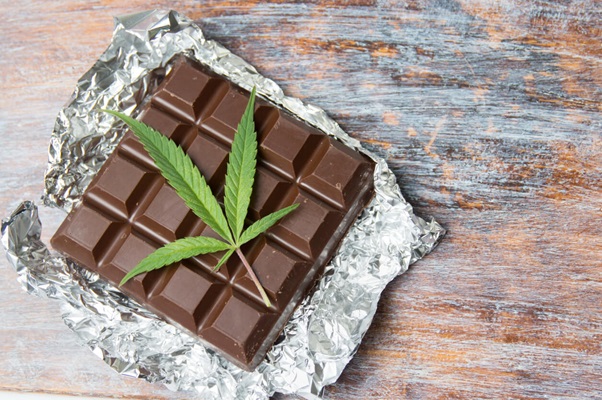 Chocolope is a strain of cannabis sativa. It is also known as D-line. A Dutch company named DNA Genetics created chocolope weed by crossing Chocolate Thai with Cannalope Haze. Chocolope has a fruity chocolaty flavour and makes the user happy, energetic and euphoric. This is almost 100% sativa with a chocolaty flavour, much to the delight of marijuana lovers. The buds of chocolope are either crystal or cone-shaped. The buds are sticky due to the presence of trichomes. The leaves are bright or dark green and have amber coloured pistils. The stems are strong. Overall, the chocolope plant is tall and heavy.

Chocolope appeared in the 1980s when Chocolate Thai was crossed with Cannalope Haze at DNA Genetics in Netherland. Chocolate Thai became popular in the 1960s, especially in the USA due to its chocolate and coffee aroma and cannabis effect. Cannalope Haze is also a product of genetic crossing. It was created by crossing Mexican landrace strain and Haze. This is almost pure cannabis. Cannalope Haze has high levels of THC, which is reflected in chocolope weed.

Chocolopeis a tall plant with a height reaching up to 2 metres. Thus, it requires a lot of vertical space when grown indoor. It can also be grown outdoor, but then the cultivator would need to contend with mould growth and humidity. Flowering takes place in 7-9 weeks. Its parent plant Chocolate Thai takes 14 weeks to flower. Chocolope requires lesser nutrients as compared to other sativa strains. Overall, chocolope is the right strain for cultivators having enough space.

The tetrahydrocannabinol or THC content in chocolope is 18-23%. Moderate levels of terpene are present in chocolope. Other molecules include myrcene, humulene and beta-caryophyllene. The presence of these molecules is the reason behind the sweet and spicy fragrance of chocolope.

Chocolope provides a mental high. This means chocolope uplifts the mood and imparts a sense of euphoria. Spirit is lifted, and a general feeling of happiness engulfs the user. The boost of mental energy makes the user happy and contented for a certain period. This cerebral effect of chocolope is why it is used to comb anxiety, depression, and stress. Chocolope also improves the ability to focus, which is why it is used for treating ADHD and ADD. The high potency of chocolope is attested because it is used to treat even very severe conditions such as post-traumatic stress disorder.

Pain relief effect of chocolope is also very potent. Thus, it is beneficial for people suffering from back pain, migraine, arthritis and muscular spasms. The instant pain relief makes the user ready to get up and about quickly.

Myrcene promotes muscle relaxation and takes the mind to a sleepy state similar to a hypnotic state.Beta-Caryophyllene exerts anti-inflammatory effect and helps in combating anxiety. Humulene is also anti-inflammatory and can be the reason behind chocolope’s analgesic and stress-relieving effects.

Chocolope is considered one of the significant successes in hybrid sativa world. It won the Strain of The Year award by High Times Magazine in 2007.

Read All Posts By Doris Thorne