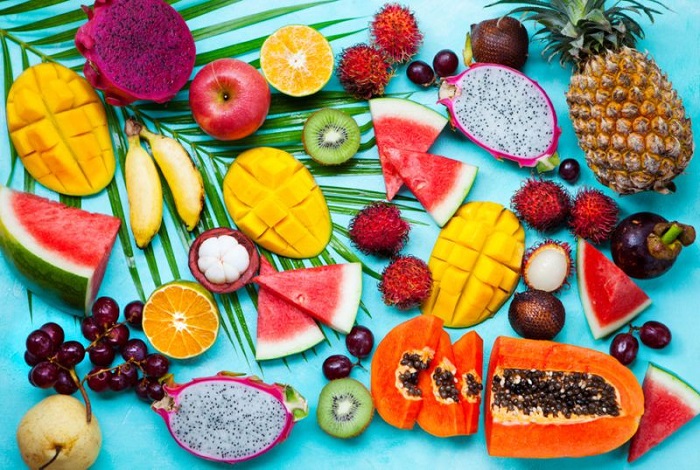 The exotic fruit is now joined the Italian supply. Its colors and particular tastes have brought a breath of fresh air to the tables of even the most skeptical and suspicious. On the other hand, exotic fruit is rich in useful properties that are not always found in the same quantities in our typical products. Tropical fruits are nutritious and true concentrates of vitamins and minerals.

No matter whichever country you go, rare fruit you find. Some fruits, however, are so specific to a certain region and so little exported that it is unlikely that you have heard of them if you do not live there or if you are not really a fan. Unusual shapes, bright colors, unpredictable tastes: some of them seem to come from another planet!

Also known as Giaco or Catala, Jackfruit grows in tropical regions and its flavor is a mixture of pineapple, mango and banana. When fried, its seeds taste like chocolate.

It grows on rainforest trees and is a close relative of cocoa with a slightly more complex taste.

With a similar raspberry flavor, the five-leaved Akebia is a climbing plant that produces unique fruits, excellent as a dessert.

The scientific name is Citrus australasica but by many languages ​​it is compared to caviar because its interior is reminiscent of the famous small luxury eggs. It tastes close to regular lime.

Widespread in Mexico and Central America, Sapodilla is a sweet ingredient used in cakes and sorbets but also in some drinks. If you eat it fresh, beware of the seeds that are pointed.

Biribà grows on Rollina Mucosa, a tropical plant. Its peculiarity is that when it matures it starts to turn black, but it is not rotten! It tastes like lemon pie.

The fruits of Melothria scabra, a climbing plant native to Mexico, look like small watermelons but are not sweet at all. You can imagine them as cucumbers with a hint of lemon.

It is perhaps the only other fruit, besides the Biribà, which turns black when ripe. Only the black zapote, as the name suggests, becomes completely black! It looks like a chocolate pudding and the taste is similar too!

The so-called “Snake Fruit” grows on an Indonesian palm, so called because of the unique skin that surrounds it. The taste is also distinctive: some describe it as a mixture of banana, pineapple and walnuts.

Tamarillos are a kind of cherry tomatoes that grow on trees. With a sour-sweet taste, but sweeter than sour, they are perfect for both side dish and dessert.